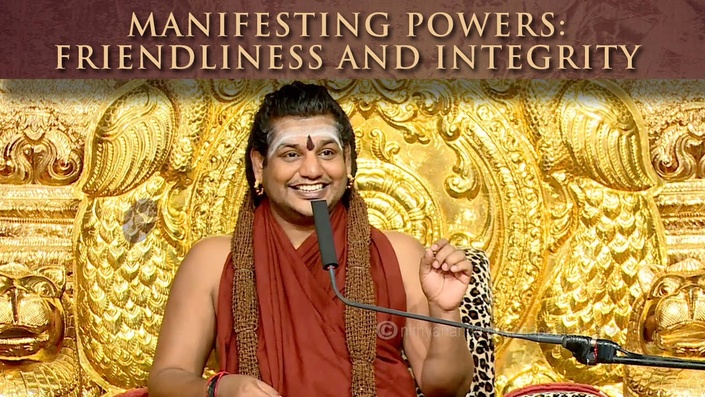 Paramahamsa Nithyananda conducted a session for manifesting powers with all his disciples and devotees. He explains about powers, that it is never power over, or manipulation of. Power happens through the experience of oneness, Advaitha, through the expression of intense friendliness. It is this difference between friendliness and manipulation which is exactly the difference between white magic and black magic. And it is only through friendliness that the expression of powers becomes permanent. Paramahamsa Nithyananda continues to explain that for expressing powers, integrity is essential. And that integrity is located in our bone structure. He provides a technique from the ancient scriptures - as revealed by Lord Shiva, Mahadeva - which allows us to directly, on a physical level, build our integrity. This practice works on the bone structure and bone marrow directly, the seat of our integrity. 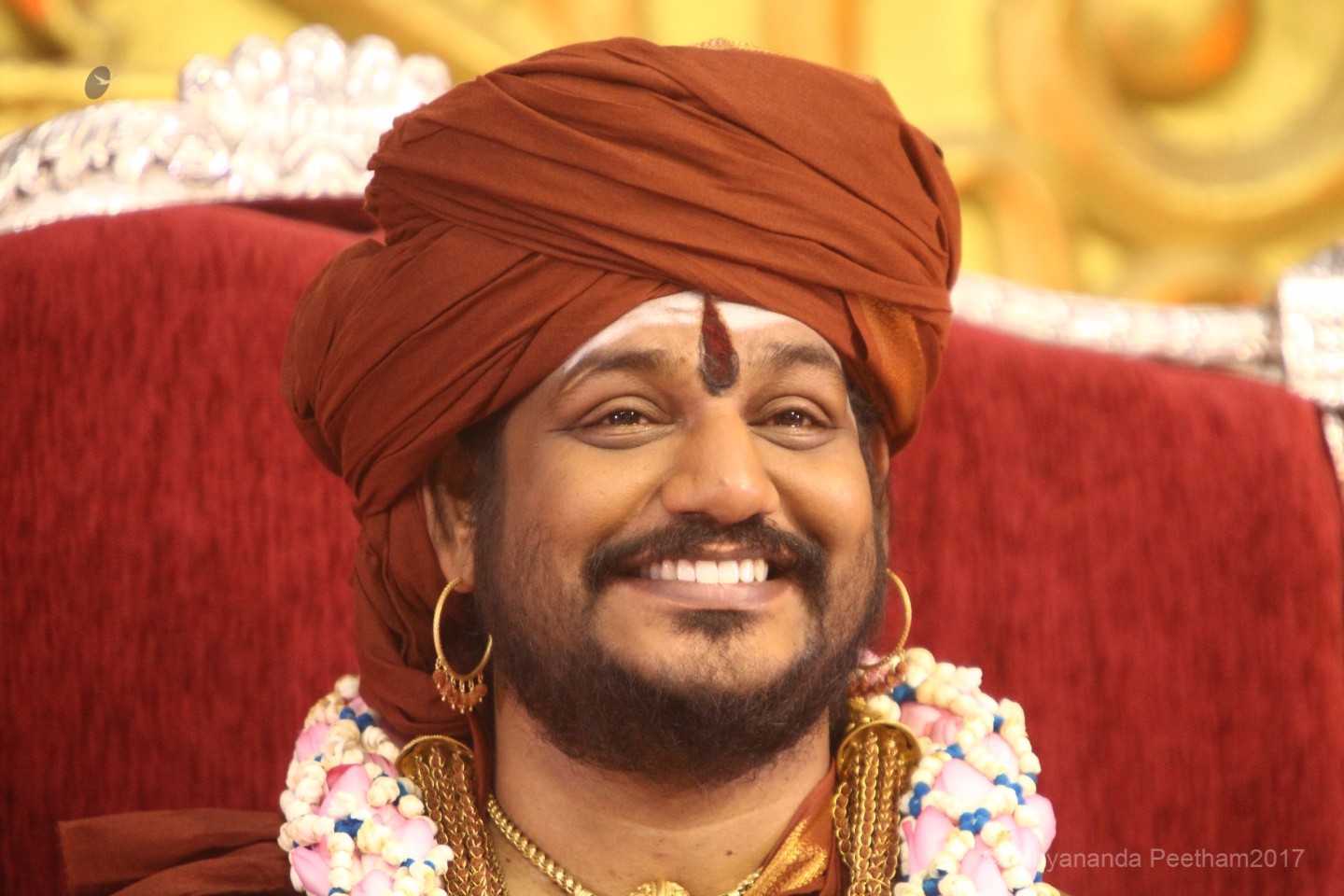